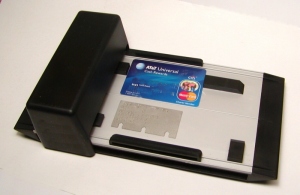 Where I live, we have been experiencing a lot of severe weather and with it, power outages. Its always fascinating to students of risk to watch how organizations behave in these scenarios. Especially interesting are how retail establishments deal with payment issues.

I entered an office supply store the other day to purchase some equipment I needed. Its important to note that there were NO power outages this day. As I entered, I was told that they were unable to accept credit cards and could only take cash. Immediately, I asked why they don’t just use the “knuckle busters” to imprint the cards. They said they couldn’t do authorization. I gestured as if turning over the imaginary credit card in my hand and told them to call the number of the back. They repeated their lines and added that it was “company-wide.” I realized I wasn’t going to get through to them (nor could they make such decisions at the store level anyways), so I left to go to another store to purchase my wares.

We live in society that is increasingly going without cash. The latest IEEE Spectrum magazine spent an entire issue discussing the move to a cashless society. Its for this reason that not being able to accept payment cards during an outage seems entirely unreasonable. In fact, given the proliferation of cards and dearth of cash, one might not say “accept payment cards” and just say “accept payment.” Especially at the establishment I was at where most transactions wouldn’t be completed with the change and few bills I had on me.

So why then do so many places not have backup payment using a knuckle buster?

It’s likely just lack of planning, but lets assume a risk-based decision making model. We own the store and probably have numbers on how many transaction we do on a given day and for how much. If we add some information about how often the power/server/etc. goes out, we can come to an average amount of money that we think we would loose not accepting credit cards during an outage. But don’t stop there: we also have to work on the threat side as well. Consider how many people we think are going to defraud us during this time. It would seem to me (but I’m willing to be wrong) that there are not “knuckle buster” fraud rings waiting for outages to swoop in and buy up lots of office supplies with fraudulent credit cards that can’t be authorized in real-time.

A risk-based appraoch would establish some ceiling amount – say $250 – that the company was willing to accept card imprints for and move you on your way. After that, they’d have someone call the number to verify funds (during my visit the store was full of bored employees pushing brooms that could have esaily picked up a phone to call in the authoriztion for any amount, but I digress). I know that a well-known fast food restaurant that you’ve likely eaten at established a threshold for payment card transactions under which they don’t worry about online authorization. During the lunch rush, they try for online auth at all times, but if they don’t get it in a time they set, they don’t worry about it. Take your #5 and move on, we’ll deal with it later. And if you defrauded them, they agreed to eat cost (pun intended). This always seemed like a very reasonable approach to me and shows that they understand they stand to gain much more from a faster line, than from strict adherence to online authorization.

So about those storms and power outages? I bought a whole-house generator about 5 years ago. That tells you a little about our risk tolerance I guess :-)